September was a successful month. We have new project updates and results from our quarterly survey. Don’t forget, CT is currently accepting applications for our 4th Quarter Call for Proposals.

Check out this great video presentation from Martin Klepsch on Documenting the Clojure/Script Ecosystem.

Thanks to all of our members who support Clojurists Together. It’s thanks to your generous support that we can do this.

Hey dear ClojuristsTogether crew! This is Martin with a quick update on cljdoc.

September has been a somewhat slow month. I’ve been focused on preparing my ClojuTRE talk about cljdoc the first half of September and was mostly offline — on a sailboat — the second half of September. You can watch the talk on YouTube. I’m also thanking all of you at the end of the talk. 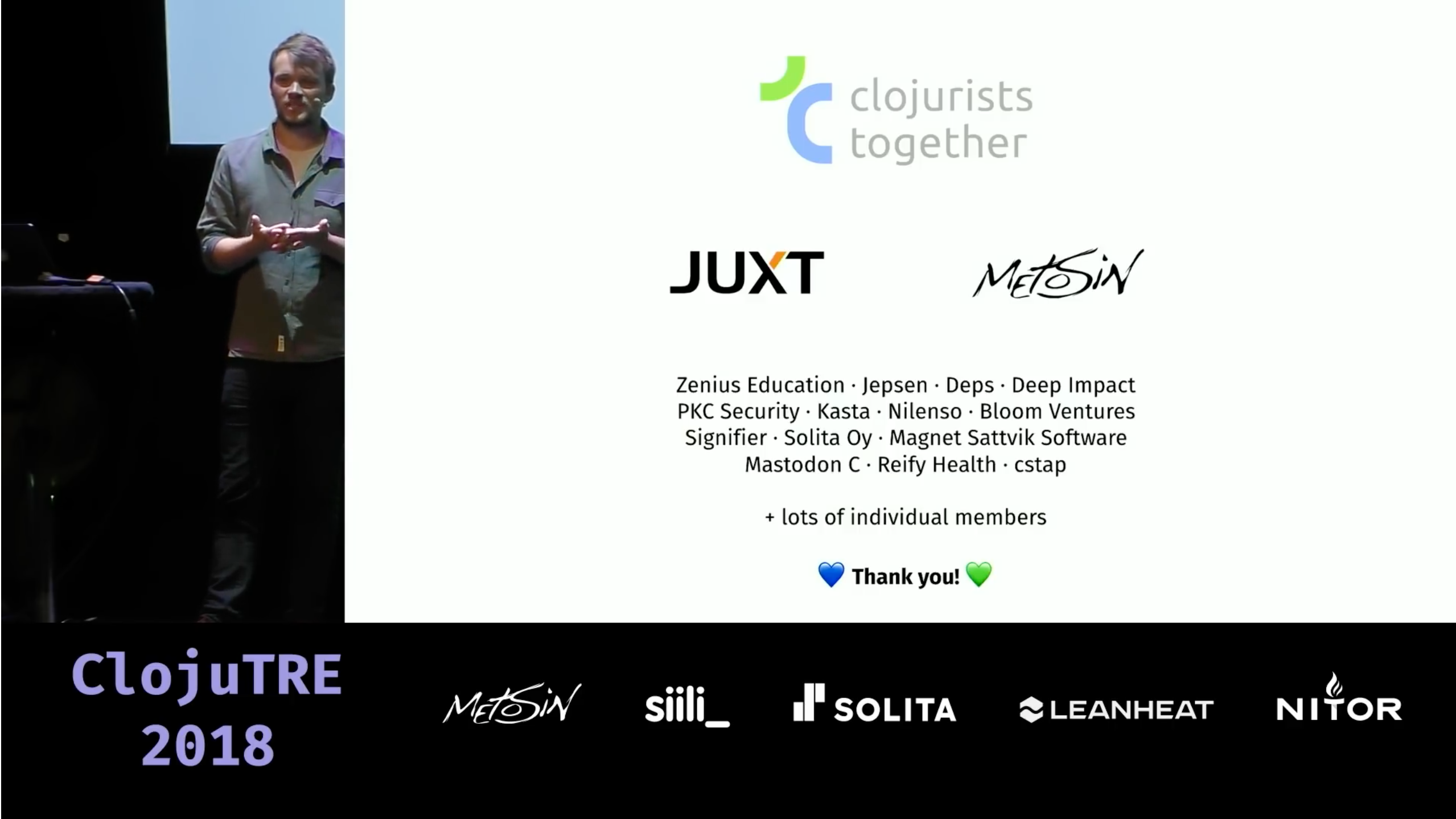 Despite me being absent some PRs were opened & merged. Thanks to Travis McNeill and Saskia Lindner for that. It’s great to see people contributing and I hope to grow the cljdoc community further over the next months.

In the same vein Saskia and I are putting together a cljdoc hackday in Berlin on Thursday 11th October from 2pm, join the #cljdoc Slack channel on clojurians.net for details.

Things that have been shipped in September:

After ClojuTRE and my vacation I’m feeling energized to work on cljdoc again in October. Priorities will be the integration of examples and community building.

If you want to help cljdoc with 5 minutes of your time: add a badge to your project’s Readme. In order to achieve the vision I outlined in my ClojuTRE talk the community needs to be aware this thing exists — and that’s not something I’ll ever be able to achieve on my own.

So point people to cljdoc and — if you’re feeling particularly excited — tweet or write a blogpost about it.

Thanks for your support <3