Clojurists Together is starting our next funding round for Q3 2022. Applications are open until the 25th of July. Apply today!

We recently surveyed our developer and company members to find out what they wanted us to focus on. We sent the survey to 352 members and received 60 responses. Here are some of the results:

Which platforms do you target?

What areas of Clojure would you like to see improvement in?

What areas of ClojureScript would you like to see improvement in? 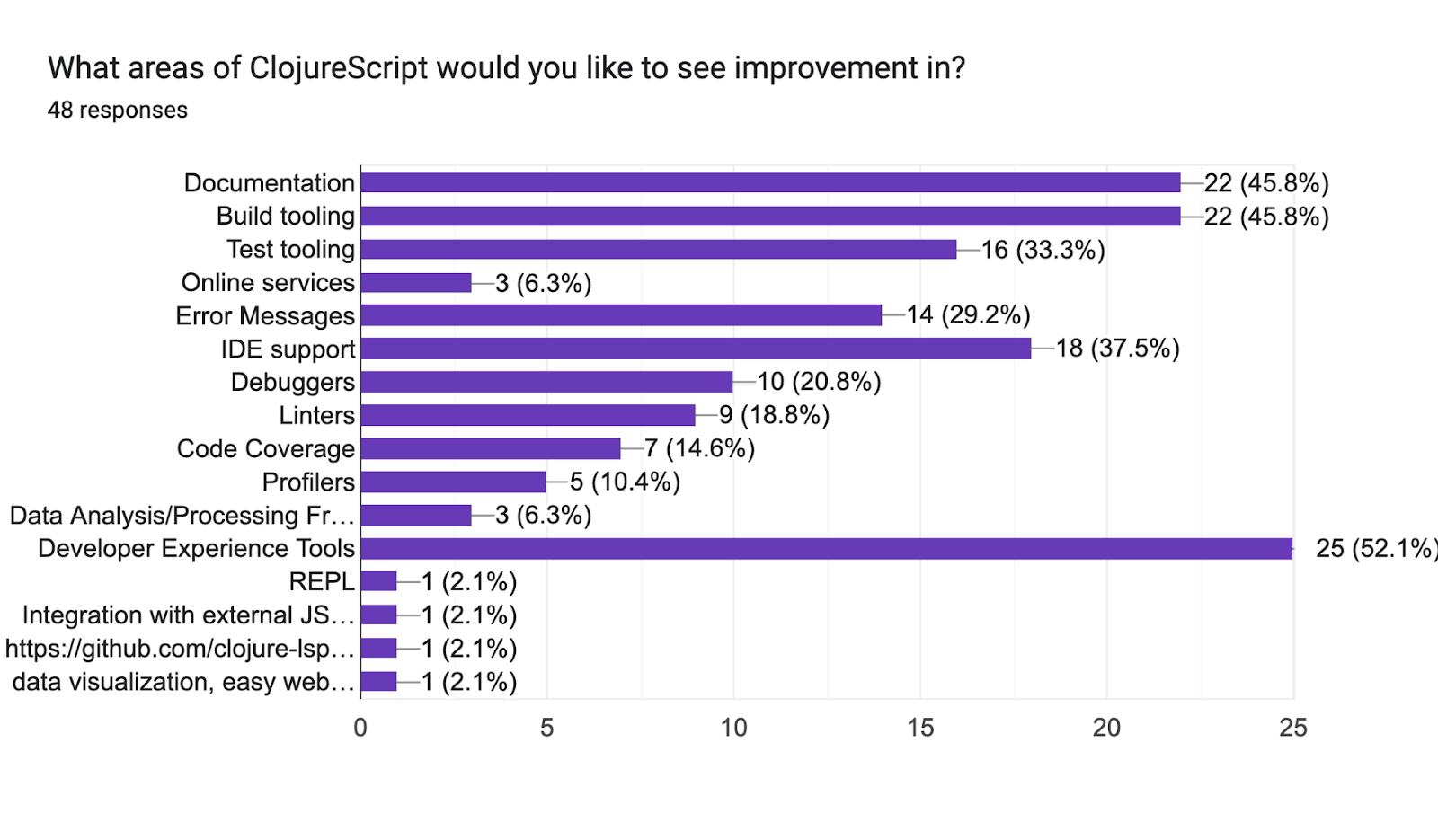 What areas of the Clojure and ClojureScript ecosystem need support?

Other areas that were mentioned

What areas of the Clojure and ClojureScript ecosystem are strong?

Are there any particular libraries, tools, or projects that are important to you that you would like to see supported?

I would love to see a 100% ClojureScript SPA framework/library, i.e. without using React, or any other JS dependency. Thomas Heller is/was working on something along these lines at https://github.com/thheller/shadow-experiments, so I’d like him to get some support to push things forward.

If any project comes up for CLJS code coverage, that would be awesome.

I would like some kind of merge between vim-fireplace and clover for vscode! clover is nice (but misses this nice feature from vim-fireplace where you can replace an expression by its outcome). I’m not really interested in the full framework that Calva is.

I would love to see the core documentation getting some love: https://clojuredocs.org/clojure.core, for example, https://clojuredocs.org/clojure.core/interleave to understand interleave I need to understand both “apply”, “assoc” to grasp the first example. For someone dipping their toes in Clojure for the first time this isn’t as trivial as seasoned Clojure developers might think. Some of the examples (although correct) are really hard to understand and could potentially add to the confusion for someone new.