We are happy to close the month of November with a successful start to the fourth quarter at Clojurists Together. Our Q4 projects, Datascript and Kaocha, are well on their way.

In November we elected new board members at CT- thanks to everyone who participated in the elections. A warm welcome to Nola Stowe, Fumiko Hanreich, and Laurens Van Houtven!

We are proud to say that this year at ClojureConj, we had our own stall! Thanks to CT friend and board member, Bridget, for your efforts. 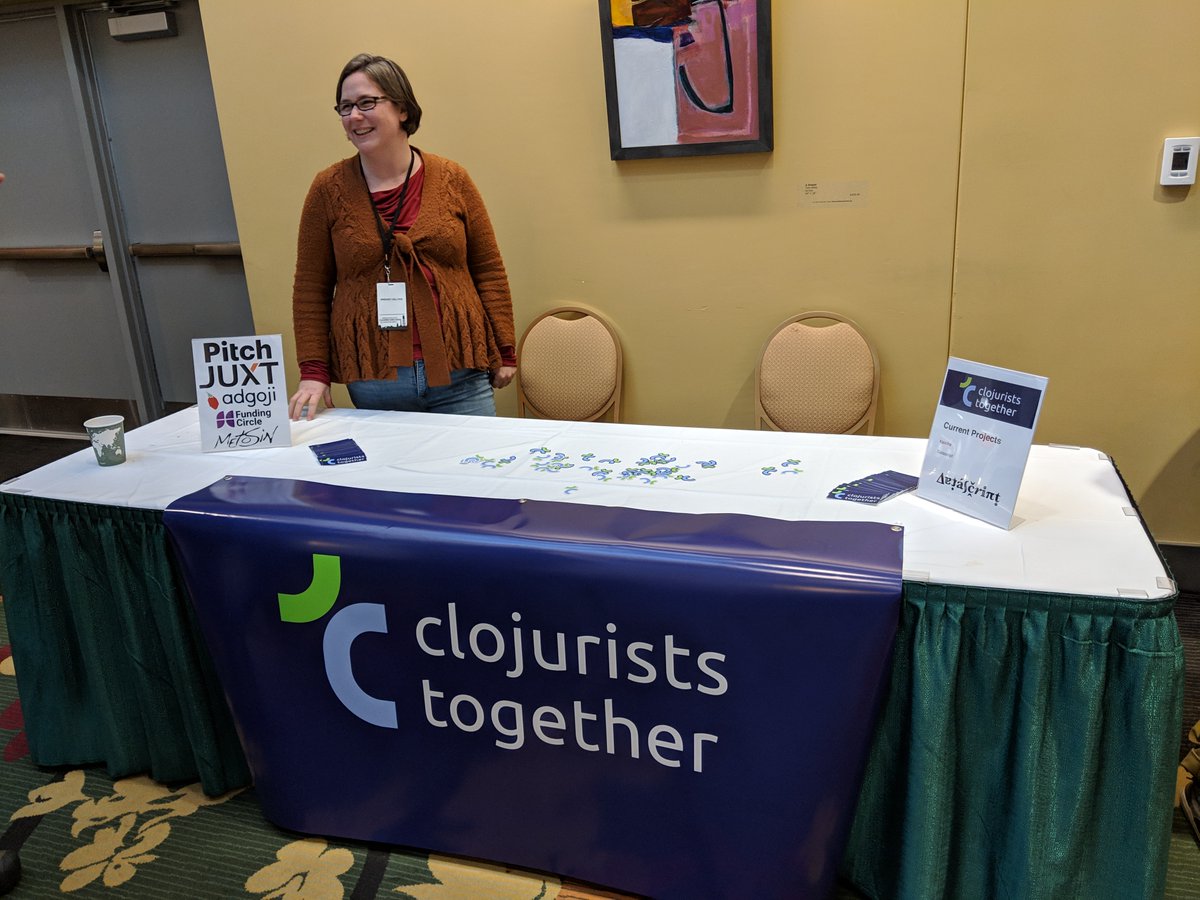 Special thanks to Erik Assum for the shoutout to Clojurists Together in his talk at Clojure eXchange 2018 recently. 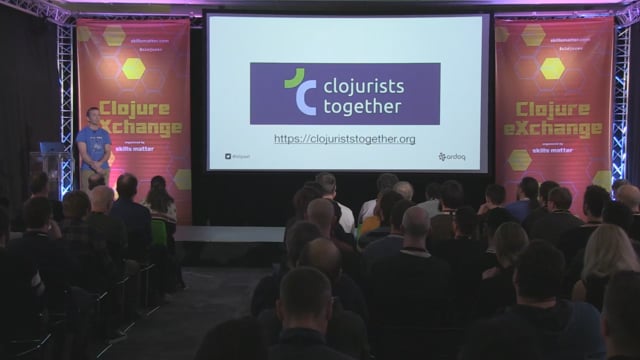 I spent most of November working on docstrings and long-overdue PRs and issues. At a glance:

I’m looking at query OR/NOT predicates as my next target.

It’s been a busy two weeks! My initial focus has been on things that improve Kaocha’s own development process, as well as usability improvements.

A first step was to implement the Ant JUnit XML format. This is a (somewhat) standardized format to provide information about which tests ran, what their results were, how long they took, etc. Many Continuous Integration tools can parse this format to provide rich metrics.

Kaocha’s own tests are run by CircleCI, which becomes a lot more useful when provided with a junit.xml report.

This feature is available as a plugin: lambdaisland/kaocha-junit-xml.

I also wanted to get some insight into Kaocha’s own test coverage. Despite working on test tooling I’m not always disciplined enough to immediately write exhaustive tests, and I too suffer from the Clojure curse of developing things at the REPL and not going the extra mile of converting those expressions into tests.

Gamefication to the rescue! I integrated Kaocha with Cloverage, which will measure which forms and lines are evaluated during a test run. The integration is again a plugin, which allows you to configure Cloverage either with command line options, or through tests.edn

With this in place I managed to set up codecov.io, which keeps track of how coverage evolves, as well as providing colorful badges for the README.

The Cloverage plugin is currently still included in the main Kaocha repository but will be split out soon. In general plugins that require extra dependencies will be separate projects, so people who don’t use them don’t pay the cost.

Finally I implemented a Cucumber test type. This is the first fully supported test type after clojure.test. With Cucumber you write your tests in lightly marked up natural language. It’s a bit of an oddity, and can invoke strong reactions, but it’s quite popular in some circles.

Cucumber will be powering Kaocha’s integration (or “feature”) tests. Before these were written as directories with a bunch of text files like args, out, and err, which were used by a shell script to invoke Kaocha and diff the output. With Cucumber the result is a single file which acts as a form of executable documentation. The Ruby testing tool RSpec uses this with great results, when you look at their docs you hardly realize you’re also looking at their integration tests.

Finally I made some changes to improve startup time, and minor usability improvements, like allowing plugins in the kaocha.plugin namespace to be specified without a namespace prefix

After the flying start of the first two weeks, these past two weeks have been about consolidating the work done so far, fixing issues and polishing up the handful of plugins and test formats that are already available.

The output of the JUnit.xml plugin has been tightened up. Originally it was only tested on CircleCI, but a user reported the Azure Devops Pipeline didn’t like the output it was generating. This was in part due to clojure.xml/emit not doing any escaping, so it was extremely easy to generate invalid XML.

I learned some new things about XML along the way and made sure the output is always compliant with JUnit.xml’s XSD schema.

I improved the Cucumber support as part of converting Kaocha’s integration tests to Cucumber, so that the user gets better feedback when tests have syntax errors.

But the big thing these last two weeks has been the work on ClojureScript support. Part of Kaocha’s vision is to have a single tool that you can drop into your project, so you can comfortably run both Clojure and ClojureScript tests with little to no configuration, local or on CI, without having to learn a second tool.

To accomplish this, kaocha-cljs spins up a ClojureScript runtime environment in the background, and sends forms to it which load and run your tests. This results in events from cljs.test (things like :begin-test-var, :fail, :pass, …) which are intercepted and sent back to Kaocha in realtime via a websocket.

There are two asynchronous streams of events involved, one coming from the ClojureScript (p)repl interface which provides printed output and return values, and one with test events coming from the websocket. It’s a fairly complex thing to implement, and something I was hoping to get funding for, so I’m very happy Clojurists Together is giving me this opportunity.

As of today I was able to run the first ClojureScript tests through Kaocha. It’s really a prototype at this point with plenty of loose ends to tie up, but it’s a milestone nevertheless. I’m more confident now that Kaocha will be able to deliver a solid and reliable testing experience for ClojureScript.