Clojurists Together is funding work to bring custom formatters to Firefox. This will make Firefox a much more powerful tool for ClojureScript development, and bring more browser choice to the ClojureScript community.

What are Custom Formatters?

One of the most useful tools for developing with ClojureScript is cljs-devtools. It implement’s Chrome’s custom formatters spec to render ClojureScript’s persistent data structures in a much more readable format. 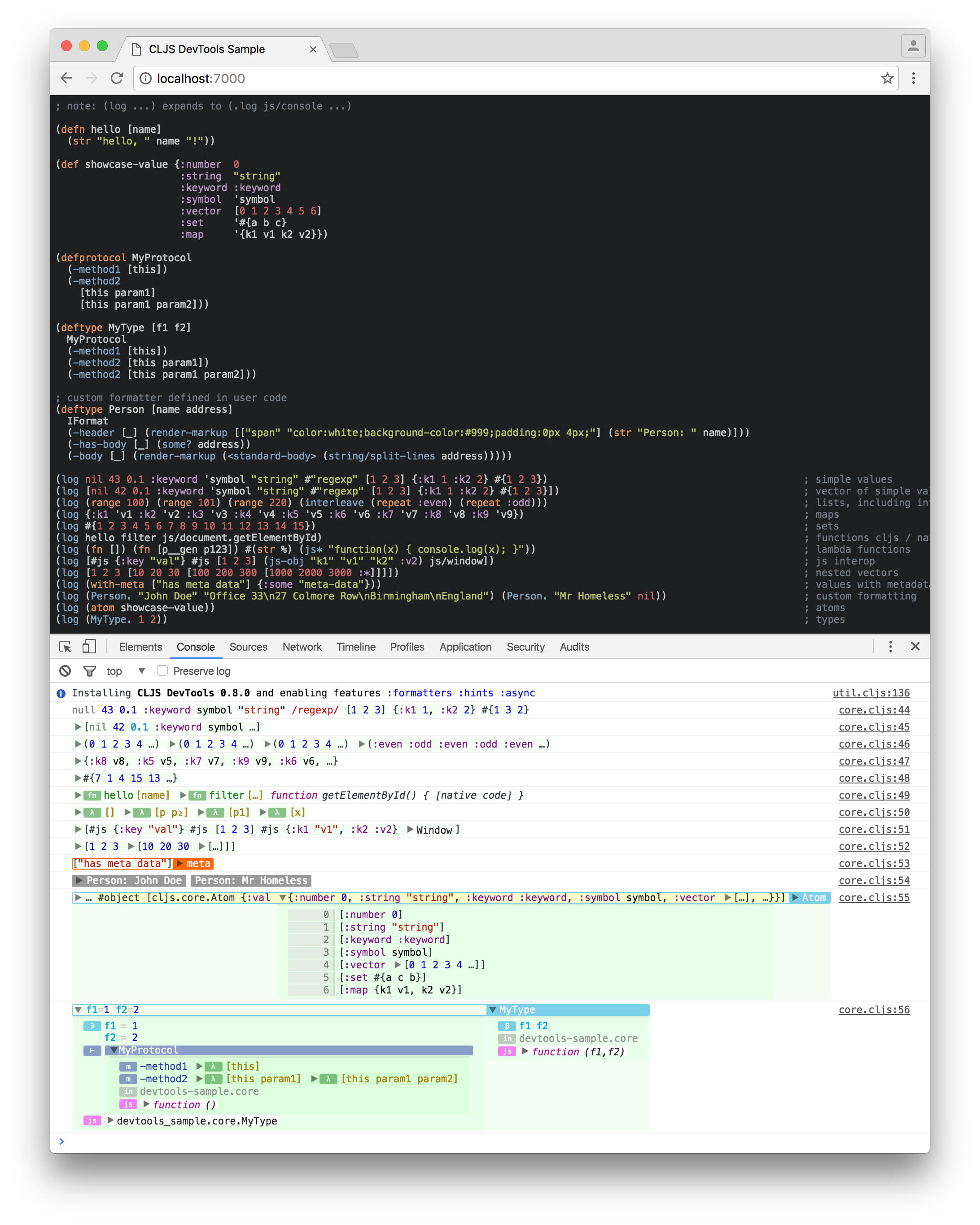 The only downside of cljs-devtools is that it is only available in Chrome. Many ClojureScript developers would like to use Firefox, but the lack of cljs-devtools made it hard to switch. At Clojurists Together we saw that and have worked with the Mozilla team and an independent contractor Sebastian Zartner to bring custom formatters to Firefox! We’re funding Sebastian $18,000 USD to develop, test, and ship custom formatters.S

How can you help?

When Sebastian is ready for more testing, we’ll put out a call to the ClojureScript community, explaining how to test this beta feature and to give your feedback.

In the meantime, you can follow the Custom Formatter meta issue on the Firefox bugtracker.

Thanks to the Mozilla team for their support in developing this plan, to Sebastian for taking on this project, to Antonin Hildebrand for developing cljs-devtools, and to every Clojurists Together member for your help in funding this project.